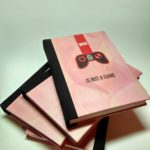 EYFA’s partners, allies, volunteers and followers are making #NoMoreWar campaign possible. Together we aim to build alliances across differences, centering the ones most affected by war.

Special thanks for this beautiful campaign materials goes to our partners and volunteers in Ukraine and Russia. Solidarity knows no borders!
Context
Our economical system based on mass consumption and the exploitation of fossil resources is massively interlinked with several severe geopolitical conflicts, such as the civil war in Syria and the rise of the Islamic State. We are part of these conflicts. The European Union is still the biggest expediter of weapons. A lack of regulation makes it impossible to track the end-users of weapons and thus European arms producers end up supporting armed conflicts in the whole world. 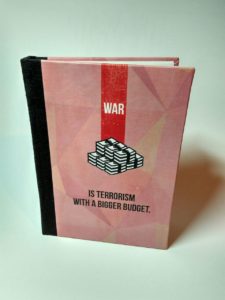 In recent debates refugee activist have been drawing attention to the root causes of migration using the slogan „Stop war, not people“, while peace activists have been campaigning for decades under the slogan “war starts here” for an end of the deadly export into conflict regions.
Together in a campaign format, we want to bring those struggles together and explore the intersectional geopolitical background of war and its link to the industrial-military complex as root cause of migration and develop possibilities for non-violent actions for peace.
Women* have resisted armed-conflict, occupation, and exploitation for as long as these patriarchal tendencies have plagued this planet. As feminists, we want to take care to integrate feminist analysis and highlight the voices of women* directly affected by armed-conflict.
Simil 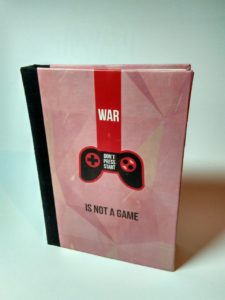 arly we don’t want to speak out against war while simultaneously avoiding mentioning the violence of colonization. We reject the notion that the very colonizers who created the mess in the first place are the ones who we should look to for answers on how to solve on-going armed-conflict. Further, euro-centrism guides many people’s understandings of the war/peace dichotomy. We reject this binary and call for more complex community-based assessments on how to eradicate militarism and its violent effects from our daily realities. 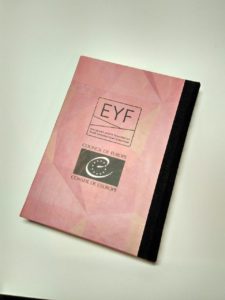 Materials
Feel free to use all the materials, post, print and share them in your networks.
If you want to have any materials in some other language, please just send us an e-mail to eyfa(at)eyfa.org specifying what is the draft you want to change and what is the needed title in your language. We will be happy to send you back a new design in 2-3 days.
Please follow @_EYFA_ on Twitter and join “NO MORE WAR!” campaign.