In cooperation with the SOGI Unit, in connection with a European Action Day for the International Day against Homophobia and Transphobia

In connection to the 17 May International Day against Homophobia and Transphobia the Youth Department in cooperation with the Sexual Orientation and Sexual Identity Unit of the Council of Europe will organise a three day seminar.
The seminar will explore the challenges faced by young people who are targeted by hate speech because of their sexual orientation and gender identity and how to develop adequate responses to such homophobic and transphobic expressions.

The recommendation CM/Rec(2010)5 of the Committee of Ministers to member states on measures to combat discrimination on grounds of sexual orientation or gender identity provides a strong bases for action. Specifically article 6 which calls for measures to combat all forms of expression, including in the media and on the Internet, which likely to spreading or promoting hatred or other forms of discrimination against lesbian, gay, bisexual and transgender persons’. This article however also reminds us that all measures should respect the fundamental right to freedom of expression in accordance with Article 10 of the Convention and the case law of the Court.’

The internet provides unique opportunities to share thoughts and opinions but also to spread hate speech and violate the human rights for dignity and respect. A survey conducted by the Youth Department in 2012 shows that homophobic and transphobic hate speech is the most
frequently encountered form of hate speech online. Addressing such hate speech is a cause for action for all. Hate speech violates the human rights principle of human dignity and human values of cooperation and equality. The seminar is therefore organised within the
framework of the No Hate Speech Movement 2 of the Council of Europe against hate speech and for freedom of speech. An online campaign to promote Human Rights online.

The programme of the seminar will map the challenges faced by young people who are targeted by hate speech because of their sexual orientation and gender identity and explore how the existing recommendation and case law of the Council of Europe provide grounds for
taking action. The participants are asked to share examples of programmes and practices from their organisations and jointly identify additional responses that should be taken. The seminar will bring together stakeholders from various organisational backgrounds allowing to identify entry points for joint initiatives that will extend the existing and future actions addressing Homophobic and Transphobic Hate Speech beyond the existing programmes of the LGBTQI youth organisations. The seminar will include time for online actions to support
the European Action Day against Homophobic and Transphobic Hate Speech and IDAHO. Participants will determine how the issue of Homophobic and Transphobic Hate Speech can be further integrated in the No Hate Speech Movement campaign activities organised in the
Council of Europe member states.

The seminar will be a starting point to develop a transversal joint action plan for the SOGI unit and the Youth Department to address concerns and challenges faced by LGBTQI youth and Homophobia among youth through education and awareness-raising.

Follow the link to read further information about the seminar: 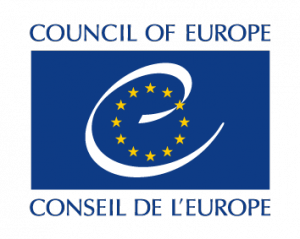