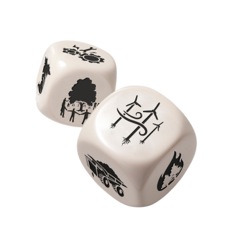 Are you an artist, designer, hacker, gamer, activist,…? Do you want to take part in actions balanced between physical and virtual reality? Join in on the Climate Games during the Hackathon #hackcop Ghent

In the lead up to the protests at the Paris COP21 Climate Summit (Dec 2015), The Laboratory of Insurrectionary Imagination, GroenFront!, Climate Express and Multimedia Design KASK Ghent join forces in the creation of a new form of disobedient action: the Climate Games. The goal: transforming the city into the playing field of a mass disobedience action.

During the Climate Games teams score points by completing peaceful, creative missions that target the root causes of climate change. Taking place in the city, all participants coordinate their actions by means of an open source smartphone app.

Throughout 2015 these Climate Games will be developed during a series of Hackathons involving activists, artists, designers, hackers, gamers, scientists, architects … We are calling on anyone who wants to defeat those who play deadly games with the climate to join for a week of collaboration and creativity.

IF YOU CANNOT MAKE THIS ONE THERE WILL BE OTHER HACKATHONS – in Nantes (April) Berlin and London (JUNE) and workshops across europe.  If you wish to keep in touch with what the Laboratory of Insurrectionary Imagination organizes to be able to join us in any future adventure. Check our Facebook group and/or join our mailing list  or our twitter @labofii for updates.